What is a Provincial Offence?

A Provincial Offence is any act or omission that can result in quasi-criminal charges being laid.  The Provincial Crown can file such charges, as can prosecutors from the full range of provincially governed agencies, such as the Employment Standards Branch, Occupational Health and Safety, Residential Tenancies (Investigations Branch), any Municipality (for fire, building code, by-law or related charge), Ministry of the Environment, Ministry of Finance (usually provincial tax offences), among others.  While a conviction under the Provincial Offences Act may not appear on your criminal record, the fines and penalties (including imprisonment) can be substantial.

In a Provincial Offences Court, the onus is on the prosecutor to prove their case.

There are three kinds of offences. 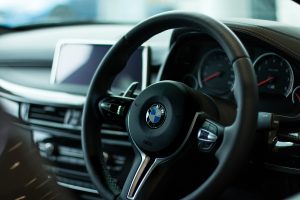 One kind is Absolute Liability, which generally means all the Prosecutor has to prove is that the act has been done and that the accused is the person responsible. For example, speeding can be seen as a form of absolute liability.  There are some ways to challenge this at a speeding trial, but the usual Defences available, such as due diligence, the mistaken belief of fact and official error or misinformation, cannot be used.  As a rule, a conviction of an absolute liability offence means you cannot be put in jail, even though it may impact your insurance rates or give you demerit points (which, enough of them, can lead to a suspension of your driving privilege).

Another type of offence is Strict Liability, which means that it does not matter whether you intended or planned to commit this offence. Still, the fact is that you may have failed to take due diligence or failed to heed a warning by an official to stop doing something that you were doing.  The Prosecutor must prove that you committed this act beyond the balance of probabilities.  As a Defence, you might prove beyond the balance of probabilities that you had taken reasonable precautions and due diligence.  There is complex law surrounding what it means to take due diligence, but in short, it means you took reasonable steps to ensure you were not committing the offence.

There is also a mistaken belief of fact.  One example of a strict liability offence is driving while having a suspended license.  Once the prosecutor proves that you were driving at a time while your driving privileges were suspended, your Defence would be to show the probability that you were not notified that your license was suspended.  This Defence means much more than “I didn’t know” or “I didn’t get the notice in the mail.”  You need to demonstrate that the circumstances at the time of your suspension left it not possible that you would have received the Ministry notice of suspension.  Perhaps, you moved during the time the Ministry suspended you.  You can demonstrate that your mail was not generally being made available to you (perhaps, your mail would be sent to a community lock box, but the person with the key to it was on vacation). There are other ways to determine the same thing.

The third type of offence is called the Mens Rea offence.  For a conviction to be registered, the Prosecutor must not only prove that you had actually committed the offence, but that you either planned to do this, or acted with reckless disregard to the law, when the offence was committed.  Raising any reasonable doubt in this case would help achieve an acquittal.

Because of the nature of many of these offences being Absolute or Strict Liability, you may wish to speak to one of our Paralegals.  Many times, a plea arrangement can be done to minimize the impact of your conviction on say, your employment or other things in your life that matter to you.  Again, while a conviction in provincial offences court is not going to give you a criminal record, these offences are important enough to get some good legal advice.